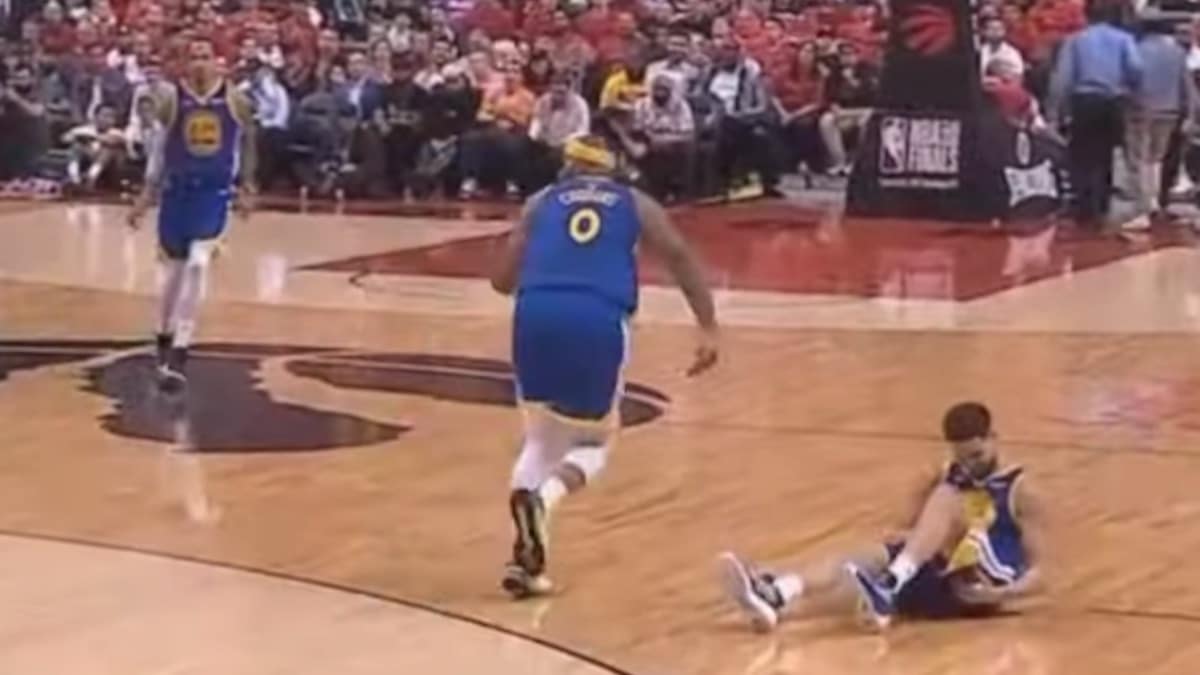 Grit was on full display during the Warriors Game 2 win over the Toronto Raptors. Yet again, there was the noticeable absence of Kevin Durant (Gastroc Grade II-III Sprain) who was present in street clothes cheering on his teammates.

Kevan Looney collided violently with Kawhi Leonard in the 2nd quarter and did not return. He had a reported “chest contusion” after a large impact to his right shoulder. His presence changed Coach Steve Kerr’s defensive strategy as he was forced to increase minutes of Demarcus “Boogey” Cousins from eight minutes in Game 1 to twenty-eight minutes in Game 2. This is a significant difference for someone coming off of a torn achilles and now a strained quadricep. Boogey flirted with a triple-double and his contribution was invaluable.

Andre Iguodala was duct-taped together going into the game and could barely walk after the game. Somehow Iguodala dug deep and contributed at both ends of the court including a game sealing 3-pointer with five seconds left. The three-time champion continues to build on his big game resume and will be getting significant treatment to his calf, hamstring, groin, and quad. Iguodala is giving great job security to the training staff.

The most notable new injury was sharp shooter and three-time champion Klay Thompson. Thompson landed awkwardly and fell into the splits after a 3 point attempt. The "Splash Brother" was assisted off the court and the medical team was quick to get treatment for him. He noticeably was hindered, but was outside the locker room with ice taped to his quad and hamstrings to meet the heroes of game 2. Thompson said, “I will be fine” per Coach Steve Kerr. Kerr added that Thompson would have to be “dead or something to not play in game 3."

For Thompson, the MRI results will hinge on the category of hamstring sprain. Thompson has always been a true Warrior, pun intended. The impression of Warrior teammates interviewed after the game, revealed that they very much expect him to be back for game 3. Below you'll find more detail on hamstring injuries.

How Does the Hamstring Affect a Guard?

As you read this you can reach behind the back of your right leg and feel both the inside and outside hamstrings. They work with the quadriceps on the front of the thigh to brace the knee joint and also absorb force. They are considered antagonists as they perform opposite movements, but together create stability and a smooth concert of movement. Where this will affect an individual would be force production into jumping/landing.

One facet of Thompson's game that is underrated is his defensive prowess. All lateral movement will be limited and could make the Kerr game plan change as a man assignment on Kawhi may be too difficult. Coupled with the absence of Looney will likely result in more zone assignments and switches. The strategy here will be fascinating.

Thompson's MRI report will help grade his injury. My hope is that he will have a grade 1 strain, which is the least serious on the 5 point grading system.

Typically this will sideline a skill position player from two to four weeks, but for a tenacious and determined player like Thompson, it will have to be 48 hours. In the interest of getting back to 100%, this will likely be after the finals are in the rearview mirror. In the meantime, Thompson will likely get physical therapy 4-5x day and work on concentric strengthening with isometrics. Typically stretching the tissue or any eccentric strengthening will not begin aggressively for another 3-4 weeks.

Luna PTs Love to Save Time With Auto-Charting

70% of Physical Therapy is Showing Up