Get to Know Our Therapists: Dr. Sydney Jamison, DPT

Meet Sydney: a Luna therapist based in Los Angeles, California, who found inspiration to become a PT from a movie. 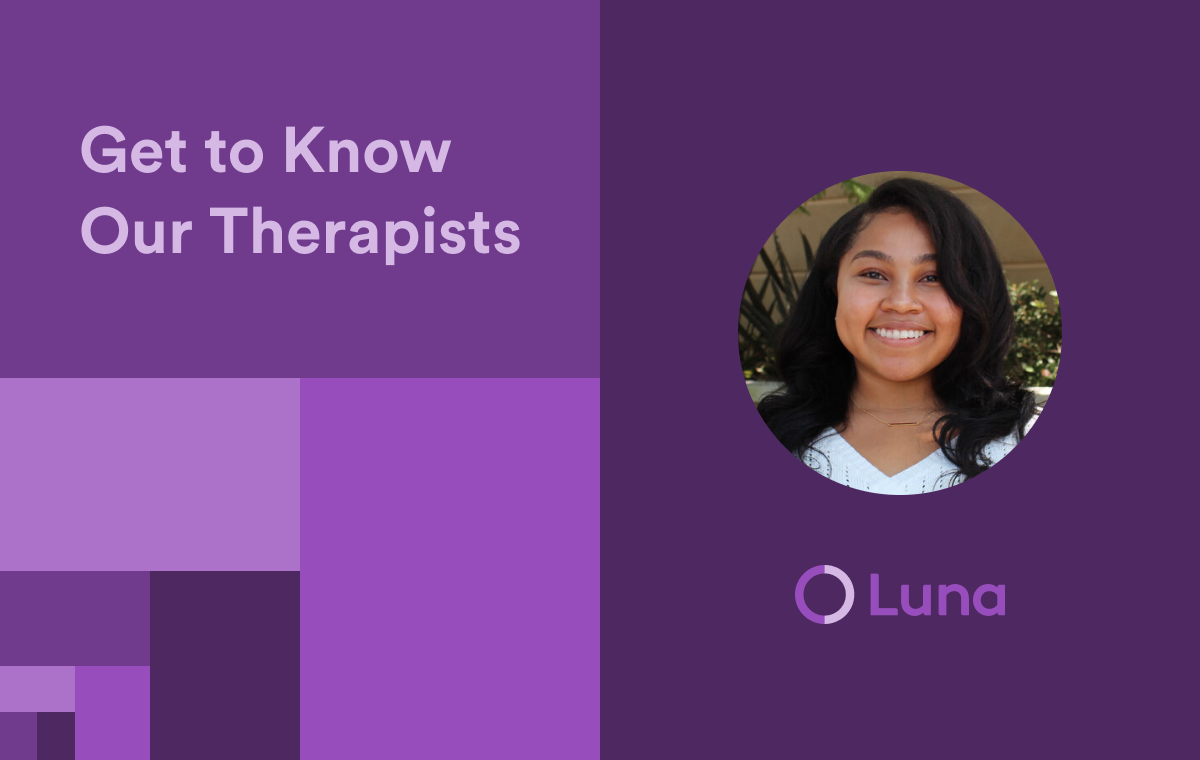 Sydney Jamison is a bright, talented, energetic new member of the Luna. While she's a self-proclaimed newbie, she's already declared her love of Luna. We wanted to learn more about Sydney -- her background, where she's from, the fascinating way she got into physical therapy, her most rewarding patient stories, and other good stuff. If you're one of the lucky ones that end up working with Sydney, consider yourself fortunate. She's a hoot!

I called Sydney at precisely 8 AM Pacific time. She happily answered the phone, slightly out of breath. She had just finished her workout and said it was a perfect time to have our chat. Her enthusiasm is contagious, especially at that early hour. Our conversation was animated and fun.

Wait -- a movie is what inspired you to get into PT?

One of the first things I asked Sydney was how she initially got into physical therapy. Believe it or not, it all started with a movie -- the romantic comedy, Just Wright. In the film, the main character, Leslie Wright (played by Queen Latifah) is a physical therapist. This was Sydney's first introduction to the profession. Seeing and learning about physical therapy in that drama-filled "rom-com" is what initially sparked her interest in pursuing a PT career.

Schools and a specialty discovered...

Originally from St. Louis, Missouri, Sydney went to the University of Kansas to get her undergraduate degree in Exercise Science. She continued her education at the University of Kansas Medical Center, where, in 2019, she earned her Doctorate in Physical Therapy. It was during her time at school that Sydney discovered her specialty. She attended a guest lecture conducted by Sarah Dominguez (PT, MSPT, CLT, WCS, CMTPT). The subject? Pelvic floor dysfunction. Sydney found it fascinating. That one lecture is what changed the trajectory of her education and work. She was so moved by it that she introduced herself to Sarah afterward and continued the conversation well beyond that day. Sarah admired Sydney's enthusiasm and her will to learn. She offered Sydney an internship at her renowned clinic, Foundational Concepts. Sydney loved working there, which reinforced her decision to pursue her specialty of pelvic floor dysfunction and women's health.

With a love for the outdoors, hiking, and the beach, it seems natural that Sydney would move to Los Angeles, California after graduation. She began working at a physical therapy clinic immediately. Helping patients resolve their pain issues, regain strength, and improve their overall well-being continued to be her labor of love. The work was rewarding, mostly due to the positive results of her (and her patient's) efforts. But what she loved most was cultivating warm relationships with each of them. Sydney found that those authentic connections made a significant, positive impact on her patient's wellness. She's proud to say many of those friendships continue to this day.

One day a female patient, close to Sydney's age, came to the clinic in California. She had devastating pelvic floor issues and was dealing with a lot of personal challenges -- many of them private and difficult to discuss. Throughout that first visit, the woman cried so much that it was hard to have a conversation. Sydney was sympathetic to this poor woman's plight and was determined to change her life for the better. It took about a year of physical therapy, but the transformation was amazing -- like night and day. With Sydney's help, this patient accomplished goals that she never thought she could achieve. Today she's in much better health and is grateful to be functioning like a normal human being again. Sydney's efforts made a world of difference for this young patient. Her recovery signifies one of Sydney's most rewarding undertakings in physical therapy.

While there are many other success stories, Sydney also takes great pride in one from a patient who was experiencing severe knee pain. The woman, who had once been very active, desperately missed her high-energy workouts. Her chronic knee pain ended those exercises, and she was told she should stop all activities that would aggravate her knees. However, after a deep-dive analysis and discussion, Sydney thought otherwise. She discovered the true root of this patient's knee pain and prescribed targeted therapies that addressed the issues. Sydney's wellness plan worked. Today, that patient is happily doing her workouts again. She's even able to climb the famed Santa Monica stairs -- and those 170 steps are no joke.

The first thing that attracted Sydney to Luna was how "tech-savvy" it is. She finds it to be new, fresh, and exciting. She admires how the app streamlines everything for everyone -- from patient, to therapist, to doctor. And she also loves how it simplifies documentation, offers in-app exercise programs, and improves communication with her patient's physicians. A tech-savvy person herself, she's thrilled to be a part of it.

A few fun facts about Sydney

Sydney is happily engaged to a chef, so she indulges in a lot of delicious food. She loves being outdoors and going to the beach. Hiking is her favorite activity. But her most fun/quirky attribute is an affinity for hairstyles. She is constantly changing her hair -- one day it's curly, the next it's stick-straight, and a few days later, it'll be in long braids. It's never the same, and she loves that people never know what to expect. Sometimes people don't even recognize her!

One last point of note

Sydney shared that she's incredibly excited to be working with Luna. She said, "I guarantee that MY patients are going to have fun while doing therapy with me." Now, who would have thought that physical therapy could be fun? Well, it can be. Sydney knows it, and we know it. Allow us to prove it to you. Contact us today and let's get ready to have some therapeutic fun together.

This entry was posted in Luna Blog.